The BeFree free farrowing pen has established itself as one of the leading free farrowing systems in Europe and has been further developed in important details. An innovative and modular concept for the piglet nest allows it to be flexibly adapted to different size ratios, even up to the rearing of the piglets in the pen (FT 30 - farrow to 30 kg). A large piglet nest with gate valve and full cover with integrated flap offers optimal starting conditions for the piglets. The sow can be offered feed and straw in a combined trough in the trough area. A full piglet protection cage can be closed temporarily to protect the piglets for the first few days after birth.

"An important factor in the decision in favour of the BeFree pen was that the sow has maximum freedom of movement in the pen. We also liked that workers’ safety is an important consideration in the design." Martin Wimmer, Farmer of the Year 2015 Achieve maximum animal welfare and labour efficiency with minimum material input. Due to the unique patented geometry of the farro­wing pen, it is possible to provide a movement area of 4.6 m2 (49.5 ft2) for the sows with a pen area of only 6 m2 (64.5 ft2). When closed, a specially designed swivel bar provides the full functionality of a piglet protection cage to protect the newborn piglets. If the fence is swivelled 90° away from the piglet nest, the sow gets the greatest possible freedom of move­ment because “dead” inac­ces­sible corners are avoided.

You have ques­tions about sow gesta­tion, pig raising
and farro­wing issues using Natu­re­Line concepts? Contact us 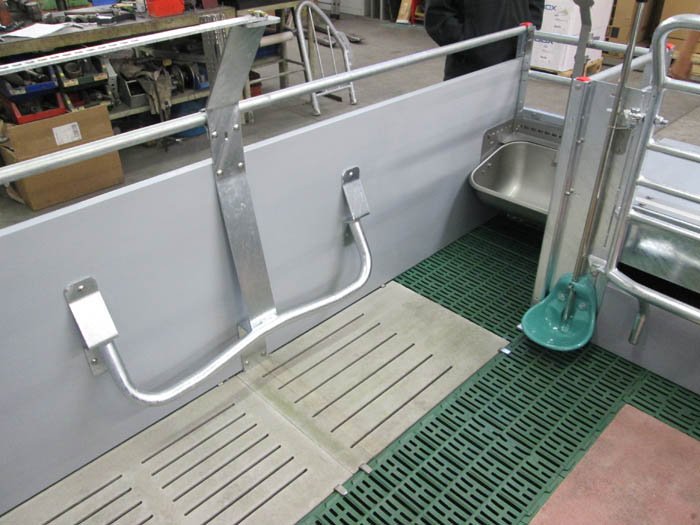 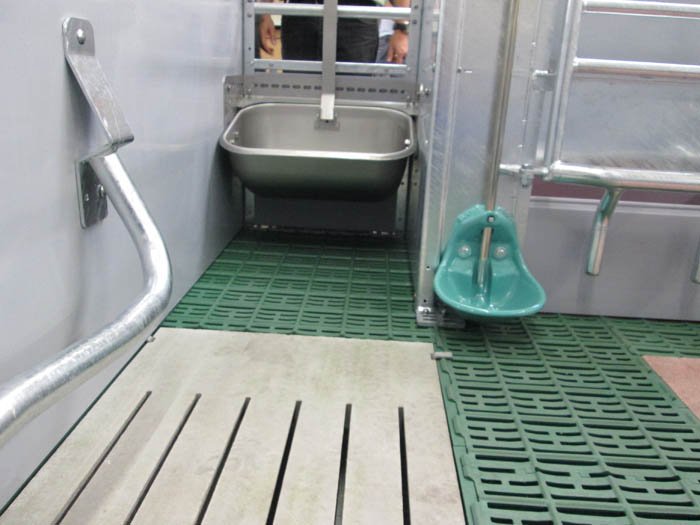 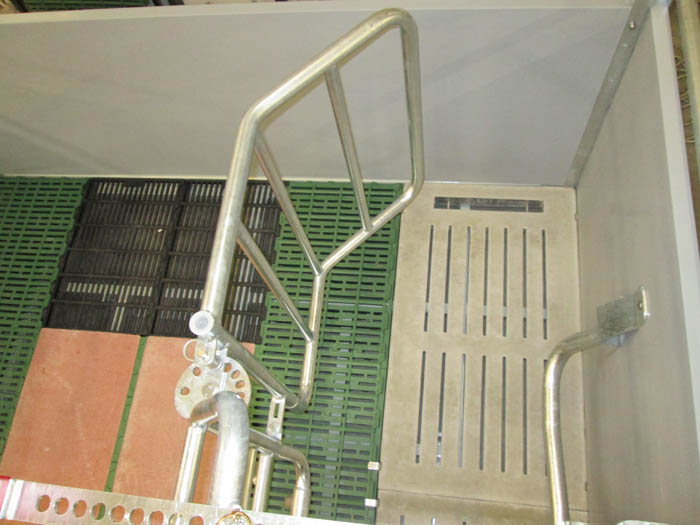 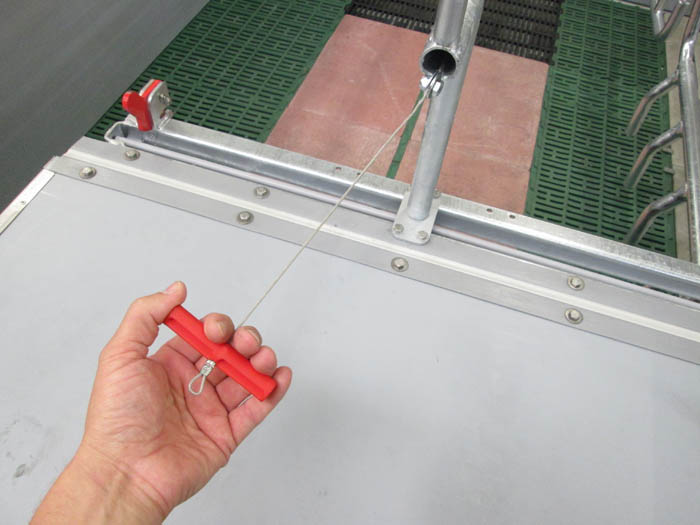 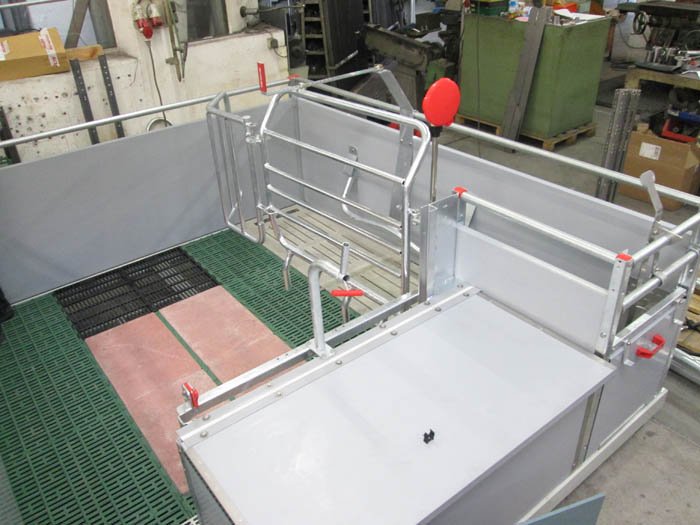 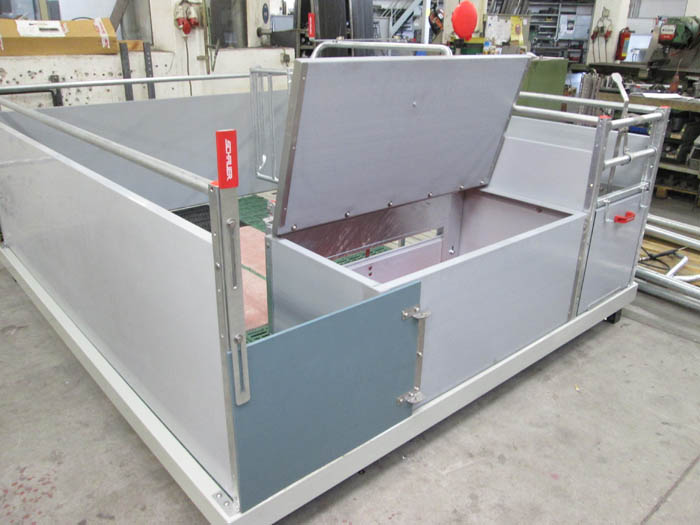